The Case of Vegetarian Detective in Italy 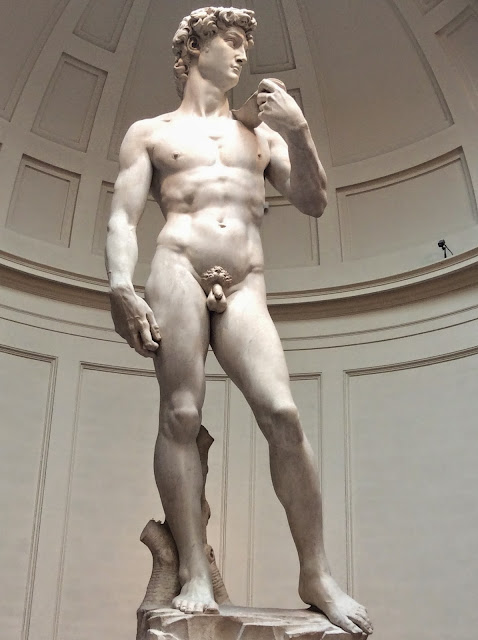 Buon giorno!
I feel like a snob saying, "I'm just back from Italy." That's me: jetsetter. Yeah, right!
But wow...Italy!
I could talk up a storm, and I surely will as I adjust to being back here, six time zones from magnificent Italia. I often ask people who've just travelled what was their favourite part of their trip. If I ask the same of myself, my answer is seeing Michelangelo's sculptures. His Pietà and The Statue of David literally moved me to tears. I just can't believe I saw "him" in person!
So...our plane from Toronto was delayed six hours and we missed the first day of activities, but we still visited Rome, Montecatini, Siena, San Gimignano, Pisa, Vinci, Florence, Cinque Terre and Assisi. Quite the agenda for ten days, including the two flight days, wouldn't you say? But Trafalgar made it work. I would go on a Trafalgar trip again in a heartbeat.
Things I learned in Italy:
Cynthia will be posting more pictures on Twitter and Google+, so stay tuned if you want to see what a Trafalgar bus tour in Italy is like.
♥ Becki
PS Feeling social? Use the share and comment buttons below.

Popular posts from this blog

June 09, 2013
"Poutine is a typical Canadian dish (originally from Quebec ), made with French fries , topped with brown gravy and curd cheese ."—Wikipedia N utritionists worldwide may be screaming in horror that poutine has captured the world by storm but, proud Canadian that I am, I'm shouting, "Yippee!" To be sure, vegetarians are reputed to eat more along the lines of tofu, broccoli and brown rice but an occasional poutine won't kill us. In fact, fast-food poutine makes quite a comforting indulgence! Did you know that poutine gravy, which is generally made from a mix, is vegetarian? Valerie of McCormick Canada Inc. confirmed to me by phone that Club House Brown Gravy Mix contains no meat products. Silly to write out a recipe. All you do is sprinkle French fries with cheese curds then pour brown gravy over top. Seriously...yum! ♥ Becki PS To leave me (and Cynthia) a message, click on the comment button below.
2 comments
Read more

November 03, 2020
Wonderful to meet  YOU ! At Vegetarian Detective, I share with you some of my favourite veggie, vegan and raw recipes. I know you’ve noticed that eating meat-free is a popular trend everywhere. Even going veggie just once a week. There are many reasons why. This is how. You're also invited to get to know me (Cynthia's favourite character) better by reading the mystery novels I'm in: A Purse to Die For and A Killer Necklace . Yours, Becki Green (Vegetarian Detective)
Post a Comment
Read more

#1 The Case of Mediterranean Potato Salad

August 05, 2010
N o mayonnaise, no eggs, ultra-safe to take on picnics, and vibrant with fresh, summer-garden herbs. 24 baby red potatoes, the larger ones halved 2 tablespoons olive oil 3 tablespoons lemon juice salt pepper 1/2 cup finely chopped red onion 2 cloves garlic, minced 1 cup chopped fresh parsley 1/2 cup chopped fresh mint Preheat oven to 400ºF. Spread the potatoes on a 9" X 13" pan. Drizzle with the olive oil. Toss to coat the potatoes. Roast for 30 min. (If it's way too hot outside to want to turn on your oven, or you want to speed up the process, prick the potatoes with a fork and microwave them in a covered casserole dish for 10 min. on high, stirring at intervals, then drain and continue as below, except you probably don't have to transfer the potatoes to a large bowl.)  Transfer the potatoes to a large bowl and sprinkle with the lemon juice. Salt and pepper to taste. Let cool. Toss in the rest of the ingredients and chill. Serves 4-8. ♥ Bec
1 comment
Read more

Translate (Available when accessed in languages other than English.)

Cynthia St-Pierre
Joy is a published article, illustration, novel, photo, poem, recipe or short story that picks you up and fills you with pluck and energy. I try to contribute joy.

Awards Make Me Feel So Good, Thank You! 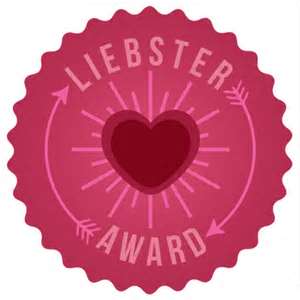